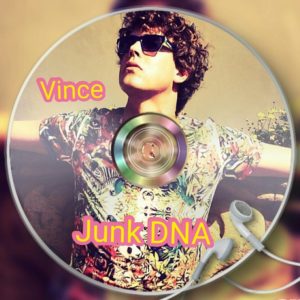 – Listen to Junk DNA on Spotify.

In 2015 I released the album “Junk DNA”.
The first four tracks of the album were inspired by my biggest musical inspirator: Prince.

On these tracks Gugu Beats, Before The Fall, Crossroads and Funky Ship you can hear Gugu Ghazarian playing guitar.

Gugu is a professional gitarist from Iran who played in the official orchestra for the Shah in Iran in the late 70’s.

The ambient piano track “Vortex” is still one of my favourite tracks to play live on piano.